Chapter one – When Larry met Sally

Sally worked the north side of Holborn, from Chancery Lane Tube to the junction with Leather Lane. It was short stretch of pavement, but at rush hour it would swarm with commuters bustling their impatient way between the underground station and their office.

Morning rush hour was best. With a new day in front of them, people were fresher and more polite. But even so, Sally heard an impatient “no” fall from people’s lips many more times than she persuaded someone to stop and chat to her. 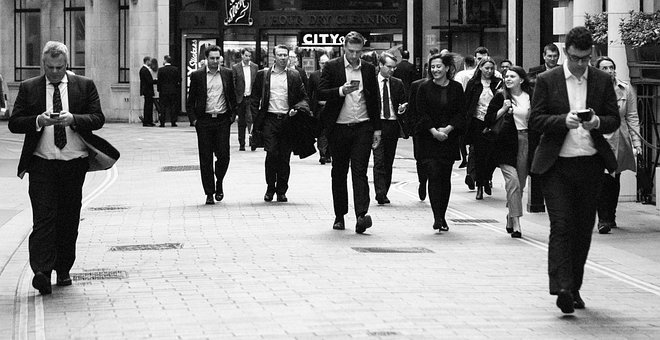 Larry worked in Hatton Garden. His office was a short walk from Chancery Lane, and he used the time to pick up a coffee by the station.

Through the sea of bodies flowing down the Holborn sidewalk he spotted her. The hi-viz jacket was the early warning sign. The ID and lanyard round her neck put him on high alert. When he saw the word “Charity” on her chest and a clipboard in her hand, he went to DEFCON 1.

Larry looked down. This was a new girl, he hadn’t seen her before, and he wanted to keep it that way. Sally smelt the fear and crossed the pavement into Larry’s path, and then when he was five yards away, she started walking backwards in front of him:

“Good morning sir, can you spare me two minutes for a chat about Save The Children”

Larry felt his hackles go up. Who did this stranger think she was? What gave her the right to think it was OK to ambush him like this. To try and badger him into giving money to her charity.

Against all his better judgement, he looked up, looked Sally square in the eye and, with a certainty in his voice, he barked:

Real world hot take - People don’t respond to unsolicited direct messages, or spam email. People need to be courted and nurtured. If they’re going to put their money in your hands, they want to know who you are and what you’re like. If you don’t invest the time to allow them to get know you, their money is staying in the back pocket of their 501s.

Chapter 2 – The Breath of a Salesman

Sometime in March 2010, I was visited  in my office by a salesman. A salesman from the old-school. Maybe in his 50s, draped in a pinstripe suit that smelt of mothballs and had a shine from being worn long after it should have been hanging on the “priced-to-clear” rail of an Oxfam shop. The whole image was neatly rounded off by his stale breath. 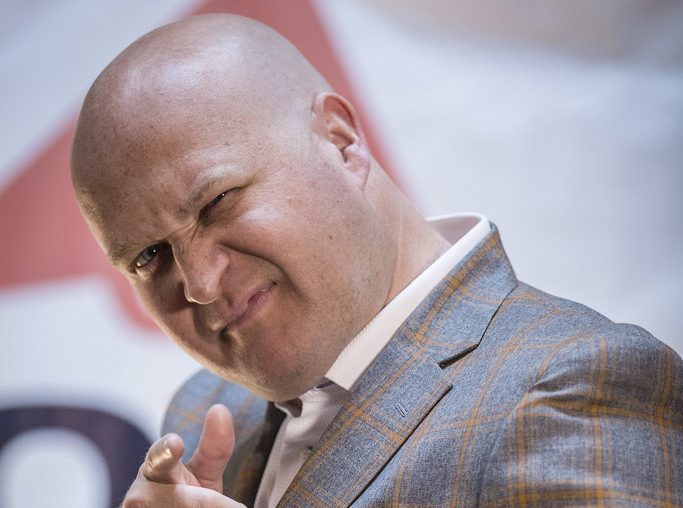 Weirdly this old-school salesman hadn't come to sell me a used car, but a more modern product. Search Engine Optimisation.

The second I met him my Spidey Senses were tingling. He didn’t disappoint me.

For half an hour he talked down to me, explaining SEO like we were in a year 6 science class. To him it was the briefest prelude he could get away with, before asking me to sign his order form.

He rattled off features and benefits. He tried a couple of closing techniques that were so dated that they wouldn’t have looked out of place in a top hat. And if that wasn’t enough, when I eventually told him I wanted to spend a few days thinking about it, he told me that his special price would be off the table the moment he walked out of the office. I told him that I’d somehow cope, as I held the door for him.

The irony is that the company he represented were highly regarded. But even in my most pragmatic moments, I couldn’t bring myself to hold my nose and give Mr Passive-Aggressive Shiny Trousers an order. Eventually I compromised. We called the company and asked them to send another sales rep. After that all was well.

Real world hot take - Building a warm relationship takes time and patience. You don’t do it by going in for the kill when you should still be doing small talk, any more than you start a date by trying a kiss. People need to see your personality and feel drawn to it.

People need to see the real you. The authentic person. The vulnerable human being. Tell them your story, ask about their’s.

Trust me, I’m a snake-oil salesman

He visits me from time to time. He appears on my screen, standing in front of a sea-front villa or a Ferrari, and toys with my emotions. He promises me the world, or if not the world, he promises to share the exact formula that he used to create a multi million-pound sales system. He’s no more than 25 and he pumps out a ton of videos and says the word ninja a lot.

I resist his Siren’s call. But as my mind drifts off, an ironic thought occurs to me. 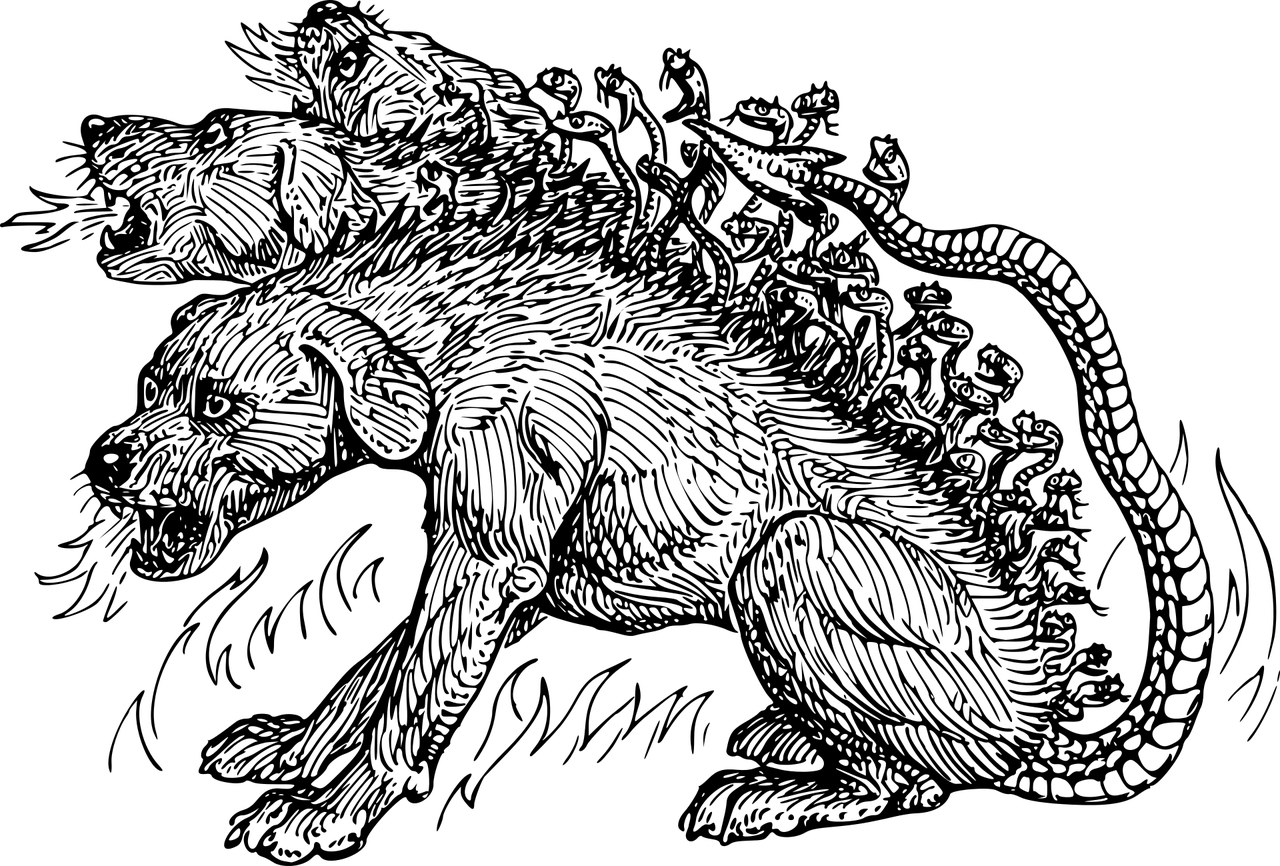 If I had the “exact formula” for creating a multi-million pound sales pipeline, I’d write it down and lock it in a cast iron safe, in a cellar, in a fortress. And I’d place the Hounds of Hell at the entrance to my fortress with a clear instruction to tear the thieving limbs from anyone who even had a fleeting thought of stealing my formula. And when I’d finished doing that, I’d use the exact formula to go and build my own multi-million pound sales pipeline.

What I wouldn’t do is set up a hussle on Facebook to hawk it at $197 a pop, to people whose insecurities I could prey on.

Am I only one that can’t work out work this weird contradiction?

The truth is that he may have a formula, but what he promises and what he can deliver are as different as chalk and a week-old Stilton. It’s fast talk aimed at people who’ve rolled every dice and are desperate. He makes outlandish claims with just enough confidence to allow people to believe him, because they want to. But to the majority of people he’s a charlatan.

The moral of the story - We don’t buy stuff from people we don’t trust.

Real world hot take -  In the eyes of a customer, making big bold claims lacks credibility. We make instant judgements (like micro-seconds) about whether we feel safe with someone. It’s not good enough to not be untrustworthy. Scepticism is the default setting. We have to actively earn trust.

A rule of thumb for you. If you’re not uncomfortable about how much value you’re giving away for free in your content, then you aren’t giving enough.

The combined moral of this trilogy is that we buy stuff from people we know, like and trust. You hear that phrase a lot. It’s trotted out as lesson 1.01 by every newly anointed marketing guru. But it’s rarely explained or illustrated.