Beliefs are your new superpower

When we lost our minds for Apple

It was Friday 29th June 2007, and something was happening in Manhattan’s trendy SoHo district.

A growing queue of several thousand people wound its way, like a slumbering python, down the pavement, round the block, across the road and into the distance towards the irresistible aromas of Little Italy.

Joseph Andersen was standing at the front of the line. He’d been in the queue for two days and two nights, and his eagerness had been rewarded with prime position outside the main door of The Apple Store. When the doors opened at exactly 6.00pm, he’d be first in, and assuming his credit card wasn’t having an off day, he’d be one of the first members of the public to own the new iPhone.

Can this be real? People queuing for days to get their hands on a piece of technology that would be generally available later that week. We’d seen nothing like it since the era of Nintendo’s game consoles. But that was kids. This time it was adults behaving like they’d lost their fucking minds.

Let’s leave that madness behind and fast forward a couple of years to a different kind of madness. The date is 21st December 2009 and the place is The Nokia Theatre, Los Angeles. Like a colossus standing astride the stage in total control of her adoring audience, is Lady Gaga.

In a break between songs she talks to the audience and refers to them as “Little Monsters” (the tour was called The Monster Ball Tour). The throwaway line that was as deliberate as a surface to air missile. The moment electrified her audience. Their world shifted slightly on its axis. The shockwave burst out of the arena and circumnavigated the world as her fandom seized on the name and claimed it as their own. Little Monsters was born.

Ten years later and Little Monsters has become a social phenomenon, gathered around Mother Monster, Lady Gaga. It has multiple web sites and forums. Gaga has 40M followers on Instagram and double that on Twitter. It’s a goddamn movement.

They buy her albums without hearing them, they devour her merchandise, they buy tickets to all her shows. If she launched a phone, they queue round the block for two days to buy that too.

Apple, Gaga? This is not normal. With the exception of people brawling like drunks over bog roll in the paper goods aisle of Tesco last April, this is not how we buy things. So, what is this about? Let’s draw breath and have a think.

In a word this is all about beliefs, and if you’re going to launch and scale a business in 2020 you need to get familiar with this, faster than shit off a shiny shovel. The world is in turmoil, and when the smoke has cleared, many of the winners and losers will be there because of beliefs. Let me explain why.

History has airbrushed the whole Steve Jobs story. The truth is, he was an arsehole. An unpleasant arsehole. His arseholeness was rooted in a spoilt unwillingness to do anything he didn’t want to do. His parents said don’t take drugs. He did the whole top shelf. Society said get an education. He dropped out of college because he couldn’t do it his way. He lived like a hippy and smelt like one, without a moment of concern for anyone else.

But in business that translated into refusing to accept that we should do things because that’s how they’ve always been done. He rejected the status quo. He was a rebel and he built Apple in his own image.

That behaviour, as objectionable as it was, attracted a certain kind of customer. Rebels, or at least people who wanted to think they were rebels. It was their beliefs that attracted them. Buying an Apple Mac said something about them – “I’m different. I’m not going to be put in a pigeon-hole. I’m me.” He galvanised the tribe by vilifying Microsoft. He gave his followers an “us” and “them”.

“I’m not a Microsoft kind of person”. Nothing cements tribal beliefs faster than a “them”, to hate. A them that has different beliefs.

If you doubt this, look what happened when Apple fired him in 1985. The corporate suits who took over were as uncomfortable running a rebellious tech firm as Bill Gates was dancing on a stage. 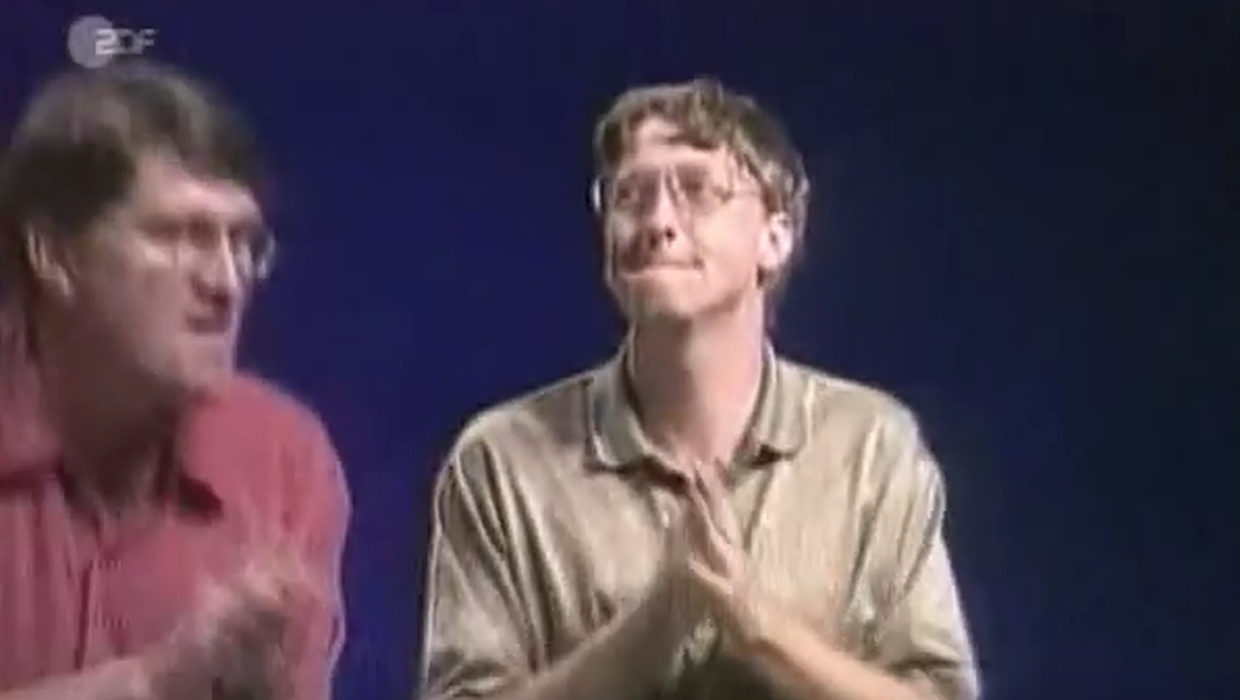 They released a bunch of products that passed all the market research tests, but then bombed. Who remembers the Apple Pippin, or the Newton? Exactly. The Apple tribe took one look at the suits, one looks at the product, one look at their beliefs, and passed.

Beliefs are what forms tribes, and the tribal attraction goes way beyond the product.

On paper Lady Gaga competes with Taylor Swift, Paloma Faith and Rhianna. Except she doesn’t. A music fan might buy an album made by anyone of those, depending on whether they liked the music. Little Monsters would buy a Lady Gaga album regardless of the music. They’d buy it without listening to it, because of their beliefs. Because buying the latest album says:, "I'm a fully paid up member of my tribe".

The buying relationship between Taylor Swift and her fans, and Gaga and her fans is as different as chalk and a week-old Gorgonzola. Little Monsters aren't really buying an album, they're reaffirming their beliefs.

Beliefs are not the same as causes

In 2020 the world is awash with causes and that’s produced buyers who are ever more guided by beliefs. Don’t confuse beliefs with causes, they are absolutely not the same thing. We’re talking beliefs (I want to be different) not causes (I want to save the planet), but our awareness of causes has sensitised us and prompted us to examine our beliefs.

A founder might buy Salesforce because he’s seduced by the magic of scaling, thriving companies that Salesforce believes in. He sees something of that in his own business. In his mind his company becomes something different when he rolls out Salesforce. It becomes a "proper" company. Whether it’s true or not doesn’t matter.

Professional venture investors wear Patagonia gilets because they believe it says something about them. It’s all tied up with the charisma and prestige of the London Private Equity scene. It’s the uniform of the tribe. It a bit like a newly hatched Royal Marine being awarded his green beret. When they wear it, they feel something more than just being qualified. There is some magic.

The irony is that whether it’s Apple, Salesforce or Patagonia, there are demonstrably better products available. But beliefs, and tribes that form around them, go way beyond the product. That is why it’s so powerful.

People ride Harley Davidsons, write with Mont Blanc pens, work in WeWork, use Linux, run SAP, drink Jack Daniels or exercise in Lulu Lemon, not because they are the best product on the market. They choose them because they see something of themselves and their beliefs at work, and want to align themselves with them. 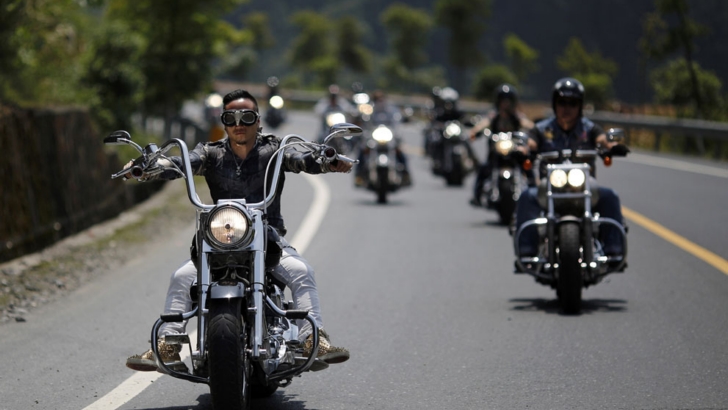 It doesn’t matter how big or small you are. This principle is like a vector graphic. It scales up and down infinitely without losing any of its integrity. However small your audience, they will stick with you like glue if there is a meeting of beliefs.

If there’s not, you’ll be like a music fan is to Taylor Swift. They’ll buy your stuff if they like it, but they’re just as likely to buy someone else’s stuff if they like that. But if you attract them based on shared beliefs, like a Little Monster, they’ll buy your stuff, subscribe to your blog and your podcast, attend your webinars, come to your live event and buy your book, all without question.

What are your beliefs and how do you test them?

But before that can happen, you need to understand what your beliefs are, and you need to be living and breathing them authentically. Beliefs are not something you create. They already exist. You just need to discover them.

Try it. Write down on a piece of paper, three things you think you stand for. Hills you are prepared to die on.

Now ask yourself this simple question. If it meant more sales or more profit, would I throw my beliefs under the bus?

If the answer is: “Yes, I’d conveniently side-line my beliefs for a £100,000 contract that required me to do something that conflicted with my beliefs”, then they weren’t your beliefs. Next.

It’s timely. The COVID pandemic has exposed a few people who it seems were wearing beliefs as badges of convenience.

Turns out Richard Branson isn’t the consumer's friend, and Tim Martin (Wetherspoons) isn’t the “fairness and integrity” warrior he wanted us to believe.

At the risk of repeating myself: The world is in turmoil, and when the smoke has cleared, many of the winners and losers will be there because of beliefs. A brand built on beliefs will weather any storm. Beliefs are your new superpower.