Why your content needs to harden the f*ck up

The way we were

The vast majority of content flooding the Internet today is bland, forgettable, complacent rubbish. There, I said it.

The reason we’re in this state, is because we haven’t really evolved from the days when holding a Pepsi can next to a handsome face on a TV screen, was enough. There was a time when complacent messaging worked. But that time has long gone.

Come with me and let’s look at the root of this problem.

In 1960 there was only one commercial television station in the UK, and commercial radio was still more than a decade away. The Internet was barely a glint in the eye of men with big foreheads and white coats.

So, if you could stump up the moolah, you could talk to a captive TV audience without being interrupted. People didn’t have mobile phones glued to their right hand, to immediately turn to when the ads came on. So, they just kind of, you know, listened.

The game was buying people’s attention, and the winner was the one with the deepest pockets.

The result was that advertising and content wasn’t very sophisticated. It didn’t need to be. It was about awareness, so an ad big on features was the order of the day. 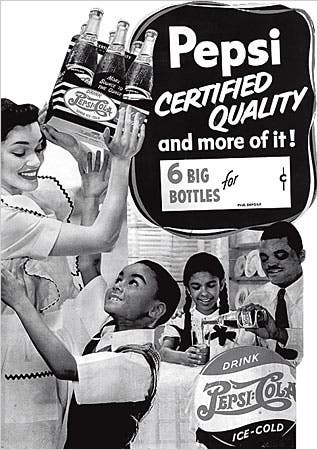 “Pepsi adds the light touch. This is the light refreshment, always refreshing, never filling. Have an ice-cold Pepsi anywhere: at home, at play, or at your favourite soda fountain.”

It’s not exactly Don f*cking Draper is it?

But that’s what happens when you have a captive audience that requires nothing more than money to reach. You get complacent.

It’s a bit like a guy standing in the centre of the pitch at a packed Old Trafford with a microphone and shouting his message. They’re not going anywhere, so he doesn’t have to try too hard.

The way we are

Let’s head back to 2020, where the advertising and content scene is hugely different.

Now there are literally hundreds of commercial TV stations, in the UK alone. Add to that hundreds more radio stations and thousands of web sites, some of which give us free access to hundreds of millions of people. The relationship between content producer and punter has totally changed.

It is no longer possible to buy attention on the scale it was in 1960, and even if it were, the market is so fragmented that targeting becomes a task on its own. And even if targeting were successful, it doesn’t solve the major problem that we have become conditioned to zone out when the ads come on. We just reach for our phone and see what’s happened since we last checked it fifteen minutes ago.

If I can squeeze one more use out of my Old Trafford analogy. 2020 is like the reverse of 1960. It’s as if everyone in the crowd has a microphone and they’re all simultaneously shouting their message at a single man standing on the pitch. It’s a cacophony, and it’s impossible for him to distinguish one message from the other.

In 2020, we can’t buy attention like we once did, we have to earn it, and that’s where most people’s problems start. It's driving the biggest change in content for a generation.

The way we need to be

To earn attention, we have to do something noticeable. Something that sets us apart and often that means being bold. Bolder than most people are anywhere close to being comfortable with.

When I say bold, I mean working out what you really stand for and then having the cojones to double down on it and state your case confidently.

The reason people are uncomfortable doing this, is that while being bold may please some people, it will almost certainly offend others, and they can’t face the idea that they may offend some people.

Yes, you will offend some people. But if people are offended by you standing up for what you believe in, then there isn’t a cat’s chance in Hell that they are ever going to be your customer. Why would you care what they think?

And another thing. If your message is bold enough to offend some people, then it’s probably bold enough to delight some people too. Where there’s offence, there’s delight. Your tribe will notice you. They’ll make themselves known and it’s likely they’ll enjoy diving into the melee swinging.

Let me give you a simple example.

In 2011 Benetton unveiled an advertising campaign that whipped up a storm. It was a mocked-up photograph of Pope Benedict XVI sharing a kiss on the mouth with the prominent Egyptian Sunni Islam imam, Ahmed el Tayeb under the headline “Unhate”.

It caused great offence to The Vatican, to hardliners in Egypt and many Muslims and Catholics. But to bystanders who are tired of the trouble that religious conflict causes, it was a bold statement that they loved. To Benetton fans it was a return to the company’s controversial advertising roots. They were delighted. 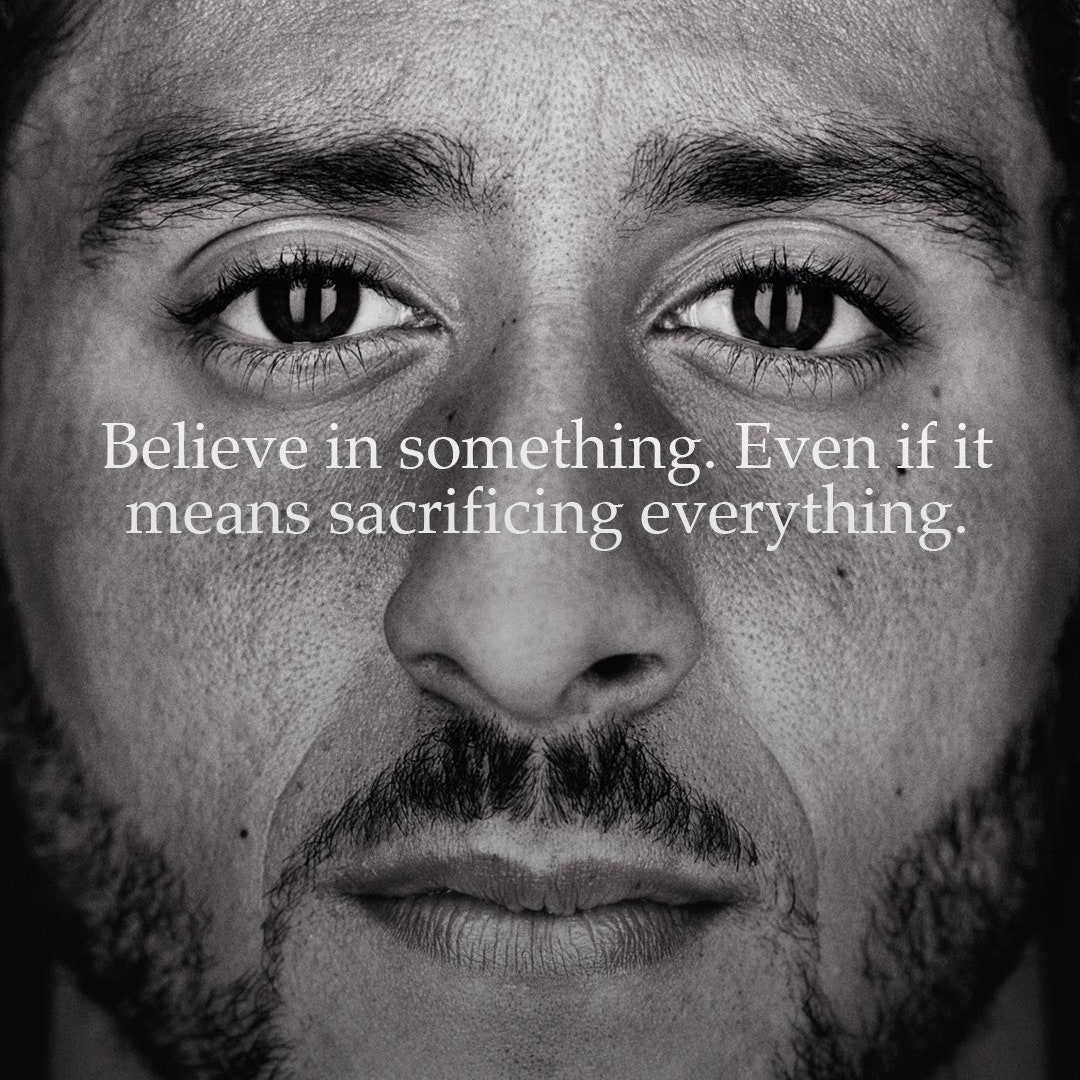 Fast forward seven years and Nike finally plucked up the marketing chops to go bold. They made the same calculation that Benetton made about gain and sacrifice. The Colin Kaepernick, “Believe in Something” ad, touched the rawest of American nerves; racial tension, and patriotism, and lit a fire in the United States. There weren’t many neutrals. You were either buying Nike trainers or burning them.

But for every redneck or hard-line conservative who vowed never to touch Nike again, there was a free-thinking liberal drawn to Nike by their beliefs. Nike’s gamble paid off. In the following twelve months, they recorded a 31% increase in sales.

The problem most companies have is that they were raised on a diet of inoffensive, upset no-one marketing. Forget brand marketing, most people exist today in a world of bland marketing. The idea of offending anyone with their content, causes most startup marketers to have a nosebleed and pass out.

But in a world of business where the marketing noise if deafening, there’s a simple, but uncomfortable truth.

If you want your voice to stand out, then it’s time to stop posting pictures of your networking event, dreaming up motivational slogans, or droning on about your product and calling it content. Instead, work out what you stand for and be willing to double down on that. Boldly state your case and don’t give a thought for those who you upset. Worry only about who you delight.

Ignore the haters. They were never going to be your customer anyway.

Where there is offence, there is delight, and you only have to delight enough.