Why you need to stop trying to convert everyone 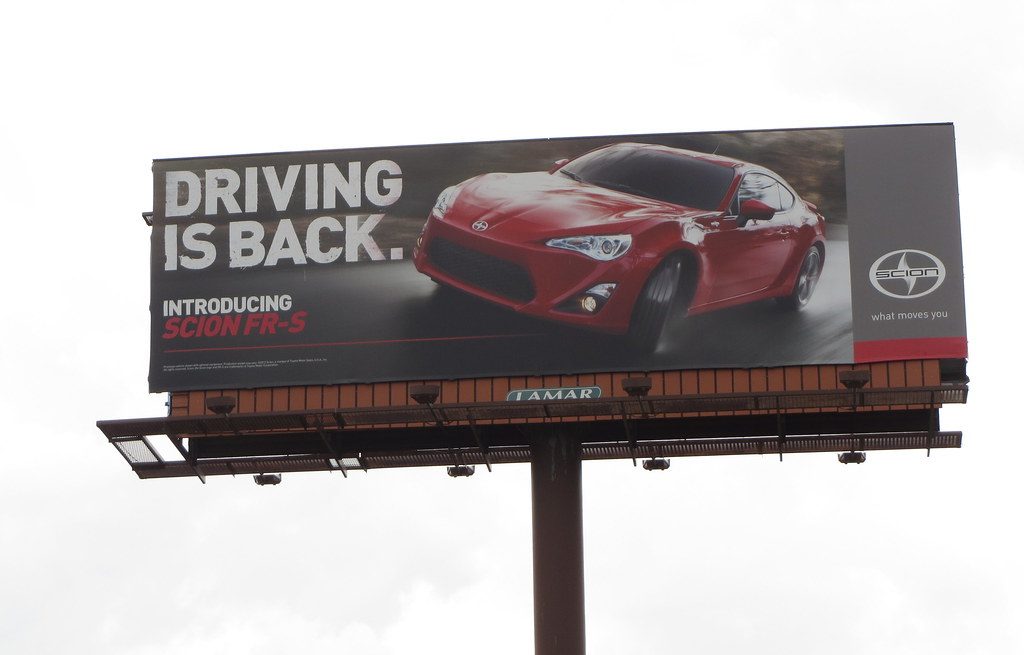 It was a tense meeting in the Tesla boardroom. Charlie the Chief Product Owner was deep in thought. Eight sets of eyes bore in on him in the silence as he went over the facts and figures in his head.

After what seemed like an age, he looked up and in a quite matter of fact voice, the words they’d waited for fell from his lips.

The Tesla Model Z was born

Let’s do it wasn’t simply the green light to launch the product. It was the instruction go all in. TV, radio, newspapers, Internet, and full nationwide bill board campaign. The USA, quickly followed by Europe and Asia. The works.

The bill board in Bristol

Three months later, in a quiet suburb of Bristol in the West of England, Alex was driving to work. The traffic was heavier than usual this morning and he spent a lot of his commute stationary. As he wound down his window and took in his surroundings, he saw a new billboard by the side of the A38.

With time on his hands and nothing else to do, he soaked in the detail.

The scene was a road on the Mediterranean coast. The sky was blue and the sea in the background was a rich azure colour that only exists in sunny places and magazines. In the centre of the picture was a beautiful young couple with big smiles and unfeasibly white teeth.

They were speeding along the ocean road on their carefree journey in a spotless metallic blue Tesla Model Z. It was quite the scene and Alex couldn’t help but stare.

The beautiful couple, the coastal scene, the cloudless blue sky, and the luxury car. It was a million miles from cars belching fumes on the Bristol ring road under a threatening grey sky.

Alex’s thoughts were rudely interrupted by a hoot from behind as cars started to move. Thoughts of the bill board soon faded away as the traffic got faster, carrying him on his way to his desk on the ninth floor of the Regus Building in Bristol City Centre.

Alex drove past the bill board on his commute twice a day for the next month – forty times in total. Sometimes he noticed it and sometimes he sped past pre-occupied with thoughts of what was to unfold today in his ninth floor cubicle.

On those occasions when he did notice it, at no point did he ever think:

“Do you know what? I had no intention of buying a new car but having seen that bill board image of the beautiful couple and their astonishing dentistry, driving a Tesla Model Z, I’ve completely changed my mind. I’m going to book an appointment at the Tesla showroom as soon as I can”

And here’s why Alex didn’t think that. This is the important bit, so pay attention.

Your messaging doesn’t create desire for your product. It takes the desire that already exists in people minds and gives it a product to focus on.

What is a far more likely scenario, is someone like Henry seeing that Tesla bill board and saying:

“Buying a new car has been on my mind for the last few months. My current car’s out of warranty and is starting to become unreliable. I’ve always wanted an electric vehicle and that bill board is the prompt I need to stop procrastinating and go the Tesla showroom”

Henry is already semi-converted to the idea, Alex is not.

The problem most businesses have is that they use their messaging to try to convert everyone. They regard everyone as a prospective customer. They carpet bomb huge unqualified email lists, they send out hundreds of direct messages on social platforms, and publish yards and yards of aimless content in blogs, podcasts, and social discussions. It’s a waste of time, effort, and money and you have to let go of it.

Stop trying to convert everyone and start trying to find the semi-converted.

Within fifty miles of your current location are tens, maybe hundreds of people looking for what you sell. Maybe not looking with intent yet. Maybe they’re like Henry and it’s on their mind, but they are people who are semi-converted.

There are more than enough semi-converted people out there to hit your targets this year, many times over. Your job is to find them, first by understanding what they look like and then by using thoughtful and intentional messaging that they will recognise.

When they see your messaging, or your content (or your bill board), you want their reaction to be:

If you do it well, you’ll lead a procession of semi-converted enquiries to your inbox like the Pied Piper.

Stop trying to convert everyone and start trying to find the semi-converted.